That's what a true thermostat does, no valves to adjust or check valves to stick


The Thermostat You Have Been Wanting for Your Atomic 4!

All Housing cast from Silicon Bronze for a lifetime of carefree service. 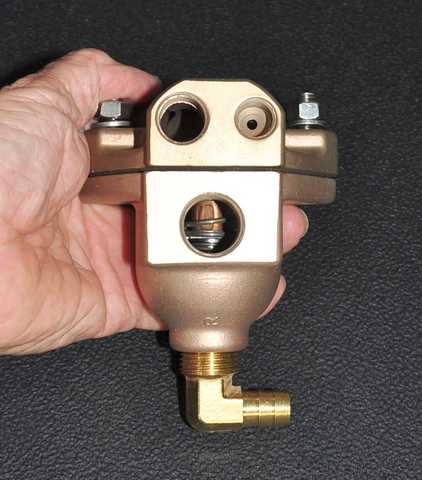 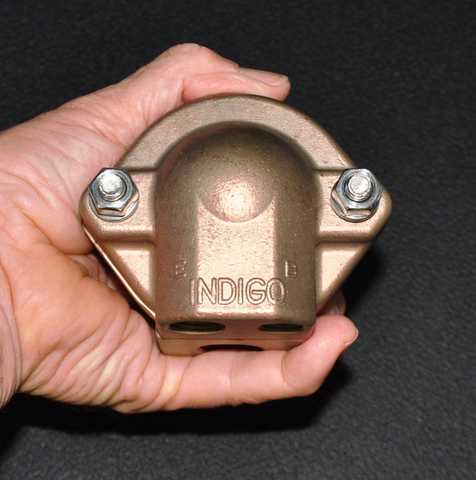 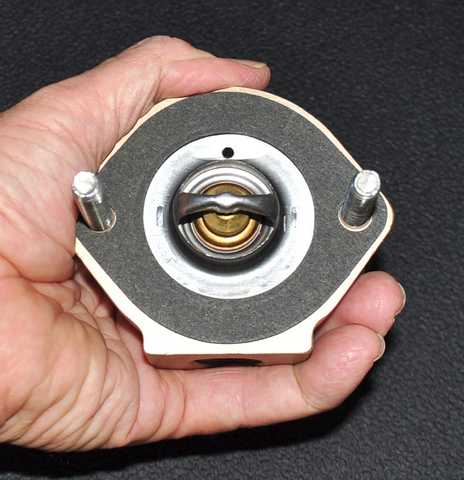 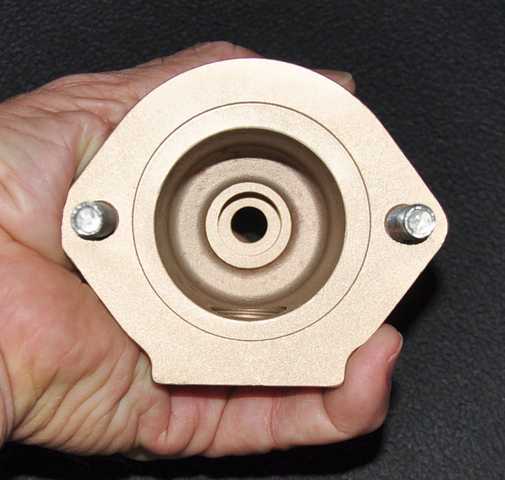 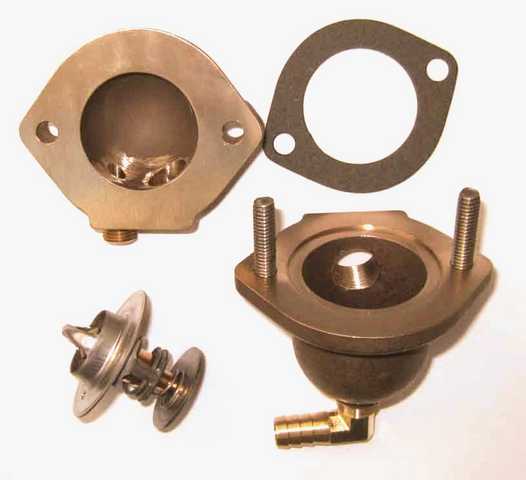 BOTH DESIGNS PROVIDE "DOUBLE ACTION" SUCH THAT COOLANT TO THE EXHAUST AND COOLANT WHICH IS RE-CIRCULATED TO REDUCE TEMPERATURE DIFFERENCES WITHIN THE ENGINE ARE BOTH CONTROLLED. 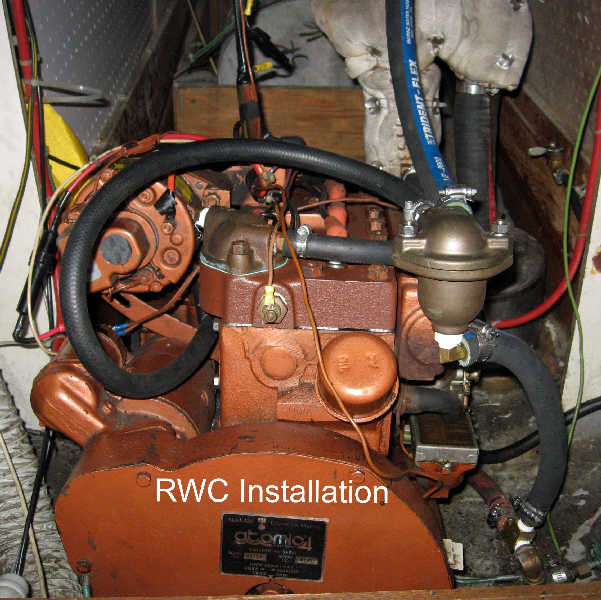 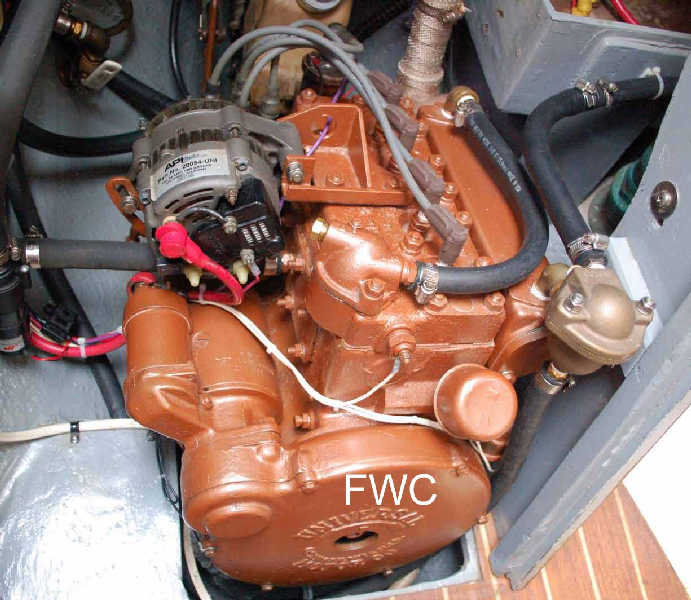 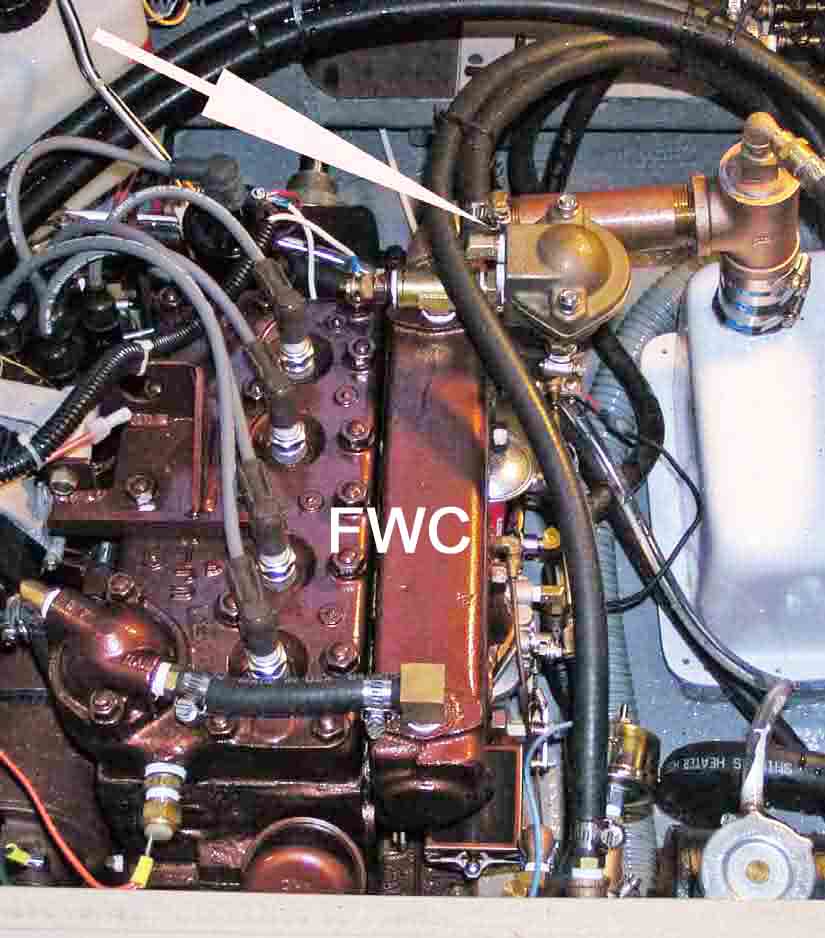 
Introducing the AT-4T Thermostats from Indigo Electronics. These kits have been expressly engineered to replace the Atomic 4 engine thermostats (both the early model "Dole" and the late model "Holley") for both Raw Water Cooled (RWC) engines and Fresh Water Cooled (FWC - antifreeze) engines. Many owners are having increasing difficulty maintaining proper engine temperature and replacement parts are getting more expensive every season. New themostats have been long overdue.

The "Late" model A4 thermostat is a "double-action" design but for an entirely different reason. When a raw water cooled engine is warming up (prior to the thermostat opening), coolant must flow through the manifold and into the boats exhaust system to keep the exhaust system cool. For this reason, the "Late" model A4 thermostat system bypasses all of the coolant around the block and head until the thermostat opens. Once open, the "double-action" aspect of the thermostat starts to reduce the bypass flow. If all is right with the system, an equilibrium point is reached and the coolant leaving the head is at the thermostat design temperature (140°F). There are a number of problems associated with this design. First, the control surface on the thermostat housing gets corroded away in salt water which renders the bypass control ineffective. The most common side effect is engine overheating. Many owners have resorted to a valve in the bypass line to limit the flow in order to manually control temperature. Secondly, there is no flow through the block and head until the thermostat opens which leads to significant temperature differences within the engine. This issue worsens when the thermostat does open in that the coolant entering the engine is at raw water inlet temperature. What this means is that the area around No. 4 cylinder, the one closest to the transmission, runs very cold as the incoming coolant is directed back and around No. 4 via the diverter on the side clean out plate. Almost always, the first cylinder to misfire is No. 4 and it is most likely due to the cold environment in which it operates. Lastly, the original "Holley" "double-action" thermostats are now very expensive and increasingly hard to obtain.

The "Dole" thermostat, although the earlier of the two designs, actually does a better job of improving the temperature distribution within the block and head in that it re-circulates coolant flow. Its main shortcoming, other than they are ever harder to obtain, is that it did a poor job of keeping the exhaust temperature within proper levels. During warm up, a small constant vent hole in the thermostat allows a limited amount of coolant to flow into the exhaust system for cooling. When the thermostat opens at its set temperature (140°F), more coolant flows into the exhaust depending on how much cooling the engine requires. Since all of the coolant entering the exhaust is 140°F, the exhaust system will be somewhat higher than 140F depending on engine load (The Indigo Thermostat incorporates a coolant bypass design utilizing much cooler coolant for a significant portion of the flow to the exhaust). High exhaust temperature can create a problem if you have a plastic waterlift muffler (Vetus) or a fiberglass hull as the exhaust temperature can be high enough to damage one or both. Vetus recommends a maximum continuous operating temperature of 145°F.


Have you ever wondered why Universal did a re-design and gave us the "Late" Model A4? (One man's Opinion)

The change occurred in roughly 1969 and if you consider those things that were "updated", you can see a pattern that to me says Cost Improvement. Universal was certainly at that time the premier engine supplier for sailboats and I am sure was looking to remain competitive (Palmer engines were in the marketplace although I have no idea as to what market share they held). I personally do not believe any of the changes actually made the engine any better. Well may be two, alternator and starter. Many of the changes were the elimination of expensive castings which were replaced by less costly machined plates or stampings i.e. Flywheel Cover, Valve Lifter Cover, Side Cleanout Cover, Crankcase Vent Flexible Metal Hose, Crossover Casting from Head to Manifold, and elimination of the "Dole" Thermostat to name the most obvious. The driver behind the change to a different distributor, carburetor, water pump, alternator and starter was also no doubt cost. (Certainly the change from a generator to an alternator was a significant design improvement as well as a cost reduction!) Of all of the items mentioned, the change from the "Dole" Thermostat was, in my opinion, the biggest step backward. The new in-head thermostat was certainly a radical functional departure from the "Dole" concept of re-circulating some heated coolant. Perhaps this design change was somewhat driven by a desire to provide more coolant to the exhaust system during warm-up. If so, that appears to me to be the "Tail wagging the Dog". Granted the new in-head thermostat provides full coolant flow to the exhaust at all times which does eliminate any concern during the 10 minute warm-up period. However, this at best marginal gain is overwhelmingly offset by the very poor operating conditions now imposed on the block and head. During warm-up, there is essentially zero coolant flow through the block and head other than what leaks through the thermostat. That really is not the proper method for bringing a piece of equipment up to operating temperature. Then, once the thermostat does open, the coolant that does enter the block is at its lowest possible temperature (both RWC and FWC). This means that coolant around No.4 Cylinder is at raw water temperature while No.1 Cylinder is at whatever temperature the thermostat is maintaining. And that is the condition under which the engine is made to operate until it is shut down! This poor funtional scenario for the coolant system was later made worse for those engines operating in salt water as the control surface on the in-head thermostat housing, so critical to maintaining flow to the block once up to operating temperature, eroded quite badly over time. Overall, the Late Model A4 is for the most part a better engine and indeed easier to maintain thanks to most of the updated components initiated with the "Late" model changes and the existence of Moyer Marine Inc. as a wonderful source for those parts. 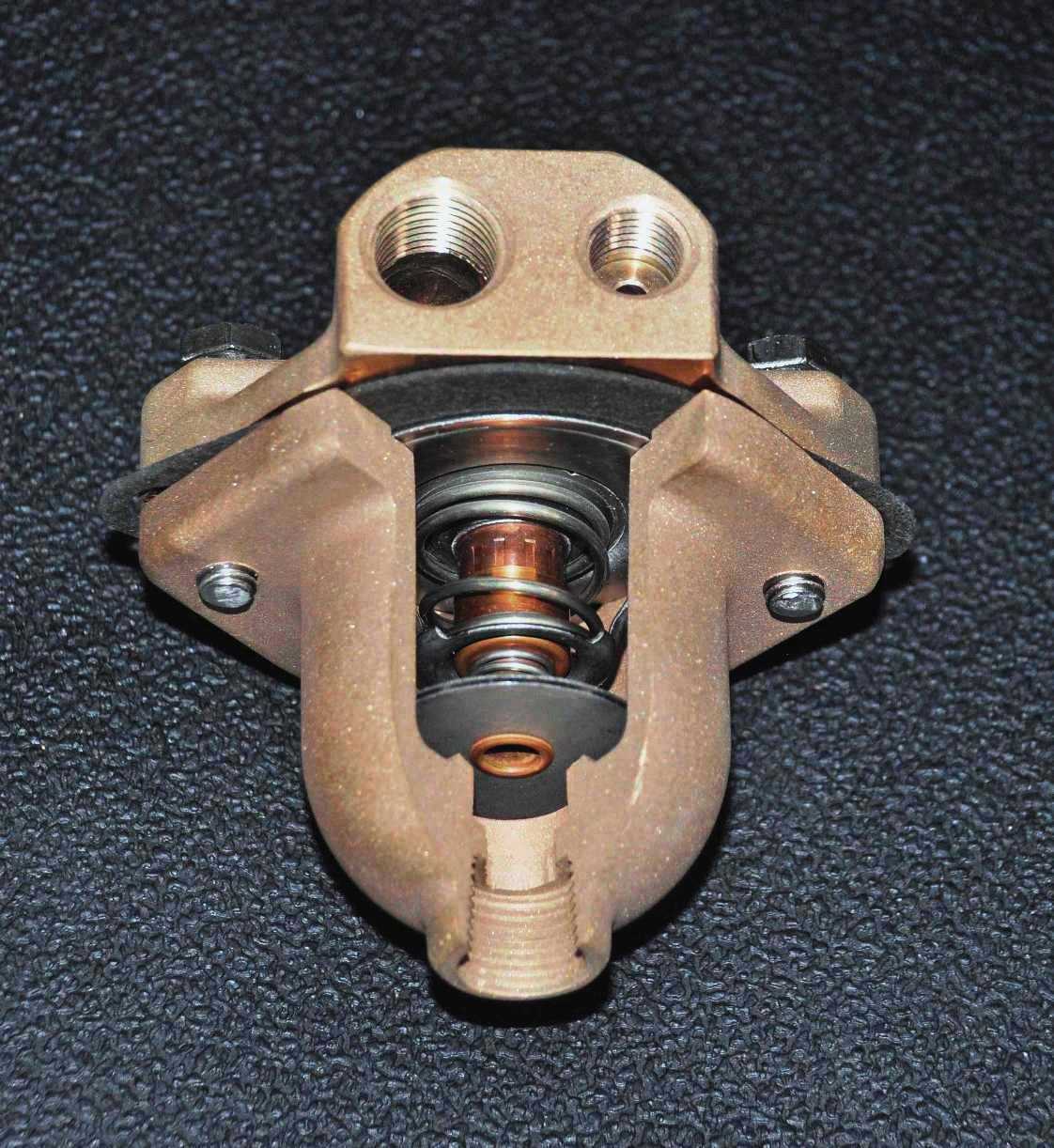 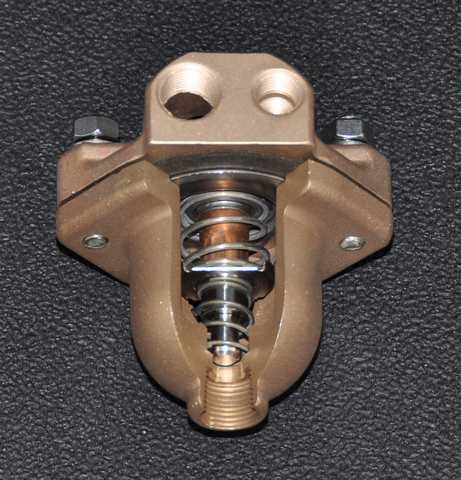 Send your questions or comments to me at thomas.stevens@cox.net