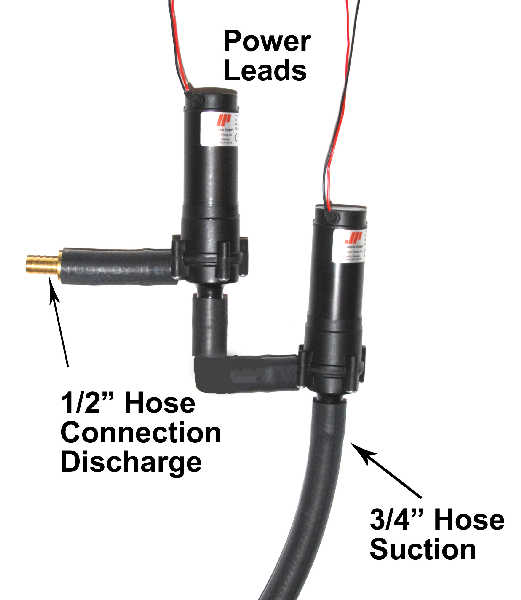 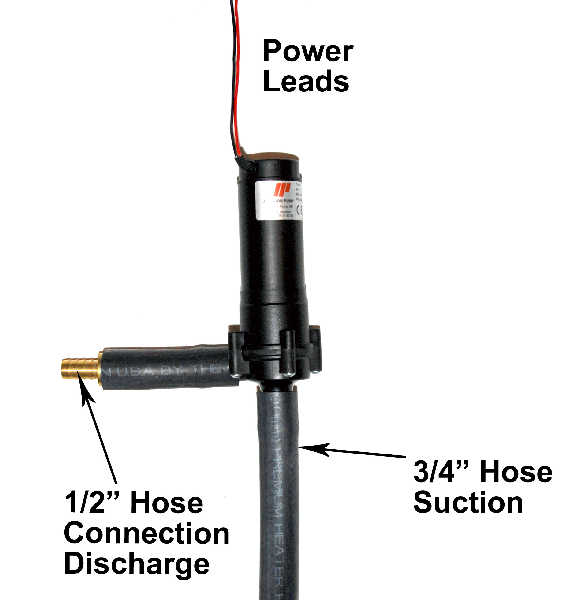 Any Freshwater Cooling System (actually antifreeze cooled) requires that there be two pumps in the system. One is the raw water pump and the other is the antifreeze pump. The "normal" FWC System uses a mechanical pump for both applications. This new System from Indigo utilizes an electric pump for the antifreeze circuit.

To be honest, the Johnson pump being re-introduced is not a new product. It was utilized when we first introduced electric FWC in 2011 but, in an attempt to take advantage of new emerging technologies and increase the predicted life of the pump, we have since utilized two different Brushless DC motor pumps ... a Bosch model and most recently a BLDC product. Both yielded greater performance but were found to have unacceptable "Infant Mortality" (that is component failure very early in the life of a product) issues with their sophisticated electronics packages. It has been shown that once those units made it through start-up and a few hours of operation, they have performed very well as expected. In light of the frustration and aggravation several customer have experienced, we have decided to take a step backwards technology-wise and re-introduce the tried and proven Johnson CM30P7-1 brushed motor DC pump. The image to the right shows this antifreeze pump utilized in the installation of the Indigo Electronics AT-4CE Fresh Water Cooling System on an Atomic 4. One of the more significant and unique aspects of this system is that this heavy duty, seal-less, magnetically driven antifreeze pump, manufactured by Johnson Pump, can be mounted in-line in most any convenient location. This feature insures that this system can be installed on any vessel.

The existing mechanical pump remains the raw water pump. However, the pump discharge is re-routed to provide cold raw water to the new Heat Exchanger instead of to the engine block. The new centrifugal antifreeze pump circulates antifreeze through the block, manifold and Heat Exchanger. Why an electric antifreeze pump? First and foremost, this pump can easily be mounted in any engine compartment. It mounts "in-line" and just needs to be fairly low in the system like on the top of the transmission housing. Secondly, the electric pump consumes about 1/3 as much power as the mechanical pump. Per the manufacturer of the pump, estimated service life is 600 to 1000 hours, which is a lot of hours on an A4.

The single most important factor for long life of the pump motor is the voltage at which it operates. Testing by the manufacturer has demostrated that maximum life can be obtained by operating the pump in the 12.0 to 13.0 VDC range. Typically, however, the voltage available at the "+" terminal of the ignition coil, the point at which it is recommended that the pump be wired, is between about 13.0 and 15.0 VDC depending on how the alternator voltage regulator is set up. In order to get the voltage down to approximately the recommended level, a properly sized "ballast resistor" will be installed in the red wire of the pump motor adjacent to the fuse. Please give us a call to allow us to precisely "tune" the motor voltage to your specific system. You will need to measure the operating voltage (engine running and alternator working) at the "+" terminal on the coil and the appropriate sized ballast resistor will be installed prior to shipment of the kit. If you are unable to obtain the operating voltage, a .5 Ohm ballast resistor will be installed as a default. The .5 Ohm resistor will properly cover voltages from 12.8 to 13.8 VDC.

Heat Exchanger (Incl. with all kits) 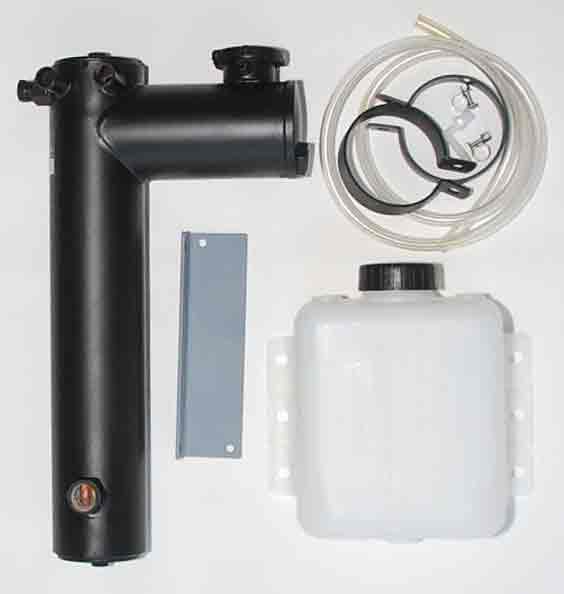 The Heat Exchanger is an all copper "shell and tube" design with 4 passes. Raw water circulates through the tubes and antifreeze circulates around the tubes. The Heat Exchanger is designed to operate totally full of antifreeze at a pressure of about 7 psi with an antifreeze recovery bottle provided to collect and return antifreeze to the system. A bracket is provided for mounting the Heat Exchanger to a convenient vertical surface but it can also be mounted at up to a 45 degree angle if space does not permit a vertical installation. The current thermostat configuration is still utilized which includes the bypass hose which runs from the side plate "T" connection to the thermostat outlet housing under which the thermostat is housed. As with Raw Water Cooling, it is critical that the internal bypass "boss" in the outlet housing be as designed and not wasted away after years of salt water attack. (it may be worth while to look at yours if you have not done so in a while. The "boss" control surface which the thermostat closes against should be flat with no craters in it and no more than 7/16" below the housing gasket surface). An improved Thermostat Kit, which eliminates the current thermostat and bypass hose, is offered as an option ($115 with purchase of FWC, $130 otherwise). An additional Product Improvement is the Belt Tension Device which makes adjusting the alternator belt tension a snap.


As a result of lessons learned since introducing the Indigo Electronics AT-4CE kit, each kit will now be shipped with a Pump Pressure Gauge Assembly and a Coolant Filter Assembly. The gauge is to be installed between the pump discharge and the 1/2" hose going to the inlet to the block. Pressure readings obtained have been found to be an excellent means of evaluating the flow of coolant through the engine and allowing you to compare your readings to known systems. The Coolant Filter has always been a suggested complement to a new system but by having one provided, you can be assured of cleaning the debris out of your system with both filter media and a magnet and avoid frustrating overheating situations during initial operation. Below are images of the Pump Pressure Gauge Assembly and the Coolant Filter Assembly. A Core Charge of $25 and $15 respectively will be charged when the kit ships. Once your system is fully functional, you may elect to return one or both items for a full refund. If you decide to keep then, that is fine as well. 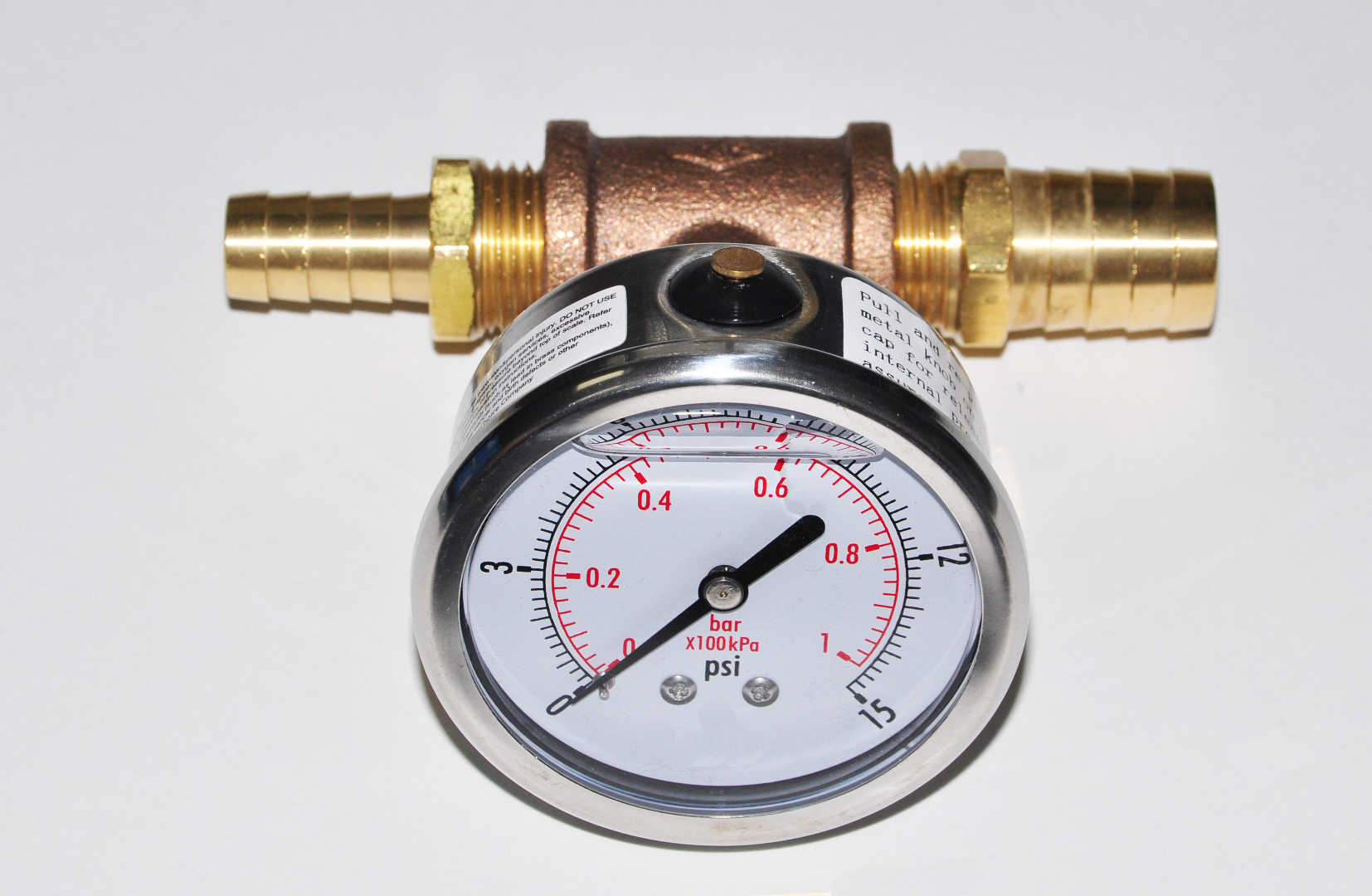 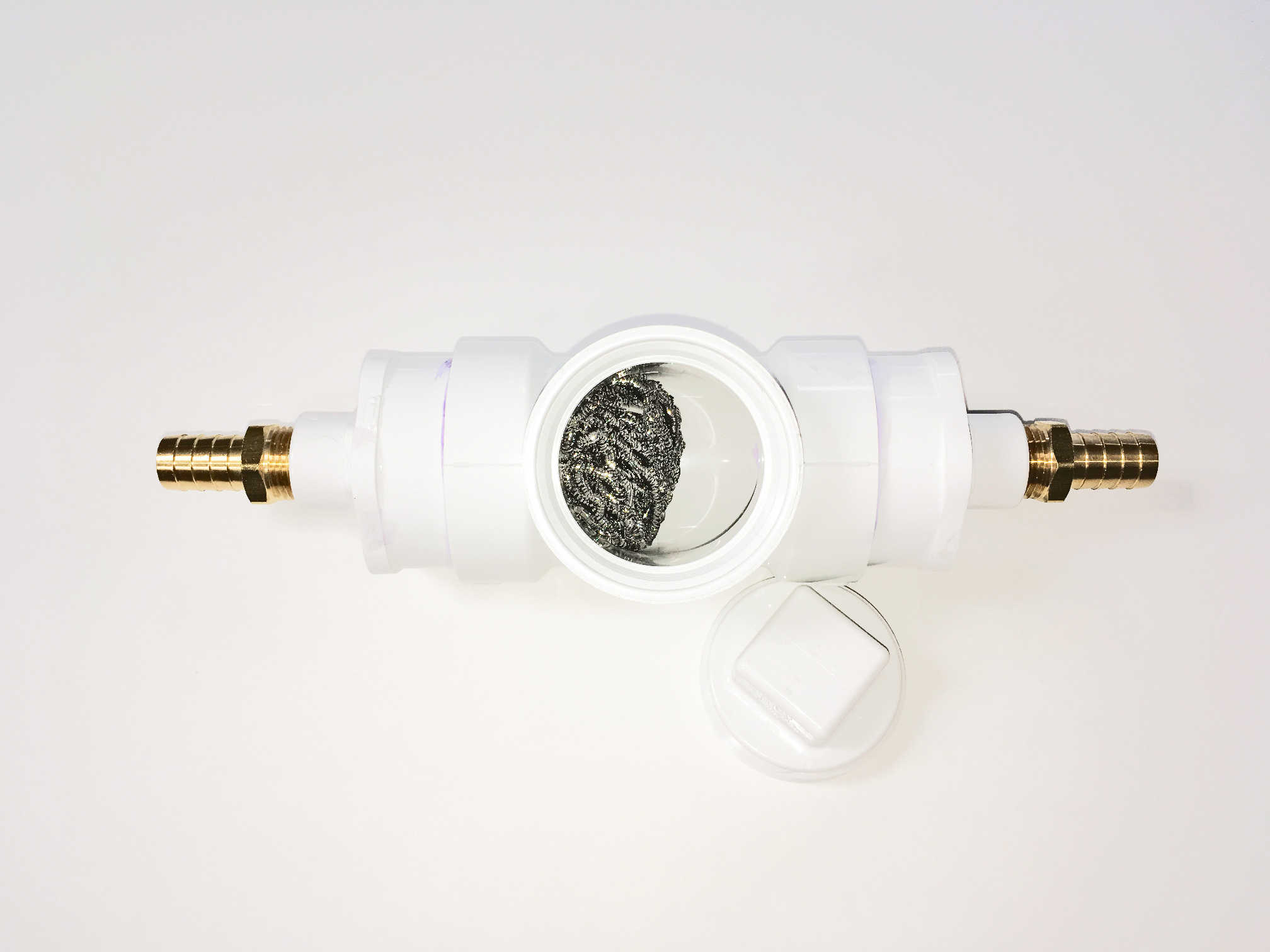 SMALL DIESEL APPLICATIONS: Most any of the small auxiliary diesel engines found in sailboats can utilize this System. The discussion above is worded around the Atomic 4 but is nonetheless applicable to small diesels. The existing raw water pump is similarly re-routed to supply raw water to the Heat Exchanger and the new electric pump is installed so as to circulate antifreeze through the block and manifold. Please call with any additional questions.

Thank you for your interest in the Indigo Electronics AT-4CE Cooling System. Fresh water cooling not only prevents deterioration of the block, head and manifold, but it allows the engine to run at higher temperatures (170-180 F) promoting improved combustion and performance.